The Society for the Conservation of Philippine Wetlands, Inc. (SCPW), joined the program and coastal clean-up activity, headed by Senator Cynthia A. Villar, the Chairperson of the Senate Committee on Environment and Natural Resources, for the observance of the Zero Waste Month and the 1st year anniversary of the Battle for Manila Bay.  The event was held on 31 January 2020 at the Las Piñas – Parañaque Wetland Park (formerly known as the LPPCHEA or the Las Piñas – Parañaque Critical Habitat and Ecotourism Area) attended by various institutions and organizations from the National Government Agencies, non-government organizations, academe, private companies, and other civil society groups. The observance of Zero Waste Month during January of every year is pursuant to Proclamation No. 760 series of 2014 and in line with the provisions of Republic Act No. 9003 or the Ecological Solid Waste Management Act of 2000.  The Zero Waste Month highlights the importance of promoting the three Rs of effective waste management – “Reduce”, “Reuse” and “Recycle”, which practices could contribute significantly in achieving a clean and healthy environment. On the other hand, the Battle for the Manila Bay refers to the relentless campaign for the clean-up and rehabilitation of Manila Bay being embarked on by DENR, Office of Senator Villar, SCPW, and other partner institutions since 27 January 2019.  The campaign also contribute to protection and conservation of Las Piñas- Parañaque Wetlands, in particular.

Various Groups Gather for the … 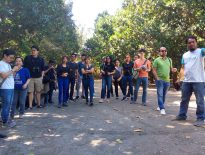 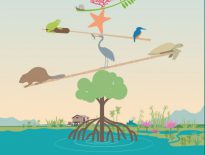