Ms. Amy Lecciones, Executive Director of SCPW, opened the event through her welcoming remarks.   She thanked everybody for supporting and participating in the event. She recalled the initial steps taken to finally implement the program such as the launching event of Wetlands BioBlitz during the World Water Day Celebration in 16 March 2017 and the inception meeting attended by various stakeholders for this project in 11 September 2018.  Mr. Raymund Diaz, the General Manager of the Eco Park, also gave a message for the event. He mentioned about the history and development of the Eco Park and the long-time partnership with SCPW with various projects and activities. He also thanked that organizer and partners for choosing the Panguil River for the said project.

Learning sessions including topics about the Wetlands BioBlitz Program, Wetlands 101, Seven Environmental Principles and Profile of Laguna de Bay were presented in the morning of the programme. In the afternoon of the first day, the participants were divided into groups guided by the experts: Prof. Ivy Lambio from IBS – UPLB for Flora; Ms. Kristina Orpia & Ms. Veronica Mercado from ERDB for Avifauna; Mr. Cristian Lucañas from IBS-UPLB for Invertebrates and Entomofauna; Mr. Jonathan Nicolas from LLDA for Aquatic Flora and Fauna; Mr. Pierre Balite, Ms. Cynthia Marquez, and  Ms. Fe Ociones from ERDB for Water quality and hydrology; Ms. Joyce Se & Mr. Jeffrey Mesias from BMB for RAWES; Mr. Aldous Abayari and Ms. Kate Arenga from RBCO for the GIS and Mapping. According to their team, the participants were oriented on the procedure, methodologies, and data gathering techniques that will be utilized for the field work. The field work concentrated on describing the sampling site and conducting the initial steps in their data gathering process. 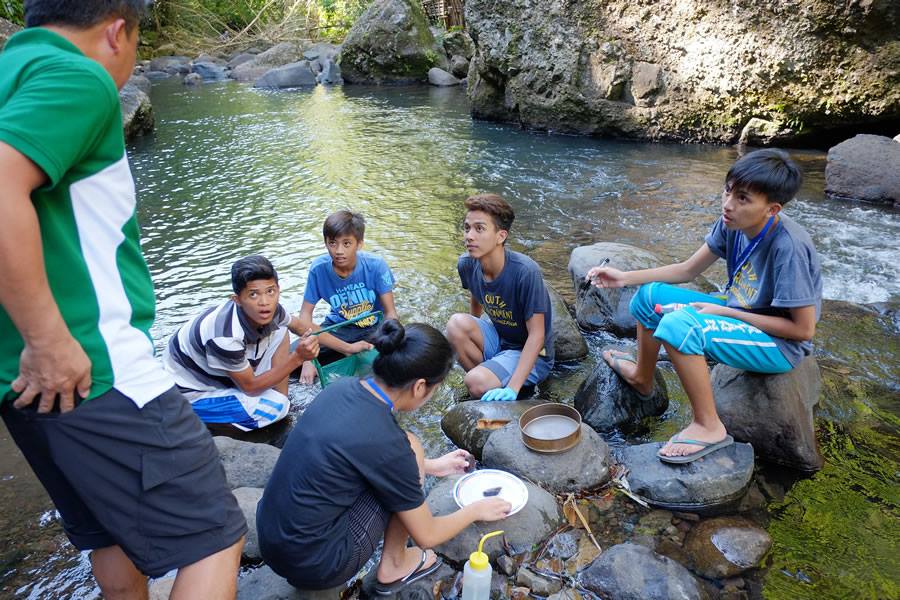 On the second day, the teams continued with field work and data gathering.  After the data collection, the Aquatic Fauna and Flora group joined the GIS and Mapping team, to study the map of the Panguil River, delineate the sampling areas and learn about the importance and use of GIS and Mapping. In the afternoon, the teams processed the data with the supervision of the experts and reported the results.

The third day opened with a briefing on reducing plastic waste in rivers.  This activity is part of the ACB Rivers Program where schools are encouraged to collect plastic waste to avoid pollution in waterways.  The mechanics for the collection and subsequent pick-up for delivery to a plastic processing facility was discussed.  These plastic wastes will be processed into plastic school chairs and donated back to schools. The next session was devoted to Action Planning which was done in plenary. In summary, the students agreed to keep monitor the status of the river through simple means such as observation and taking pictures of interesting species that they can see in the river. This will be uploaded to the website for Wetlands BioBlitz that was developed by SCPW for the project. The participants will likewise implement the projects and activities in the agreed action plan, including the implementation of plastic collection or system/reducing plastics in their schools, that can also be extended to their communities.

more about the Program/Project >> 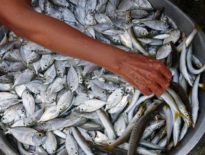 News Senator Cynthia Villar is recognised for her contr… 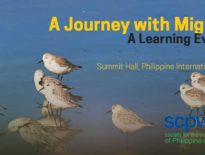 News A Journey with Migratory Birds: A Learning Event f…